From murals and art galleries, to the performing arts, and a well-established symphony, Tulare County is home to an ever-growing fine arts community that appeals to all walks of life and contributes to its unique culture.

Exeter’s 32 murals focus on the area’s Native American culture, pioneering businesses and depictions of an earlier way of life.

After the citrus freeze of 1990, Exeter’s downtown began to look more like a ghost town. Things seemed to get worse when a historic downtown building, the Mixter Pharmacy, burned down in 1991. The city decided to reinvent its downtown in 1996. Inspired by a small Canadian town that used murals to promote tourism after the lumber industry pulled out, Exeter converted the burned-out lot into Mixter Park and had a mural painted that pays homage to Exeter’s citrus industry. Today, downtown is thriving. The 32 murals create an outdoor art gallery that displays Exeter’s pioneering businesses, Native American heritage, and scenes of life gone by. 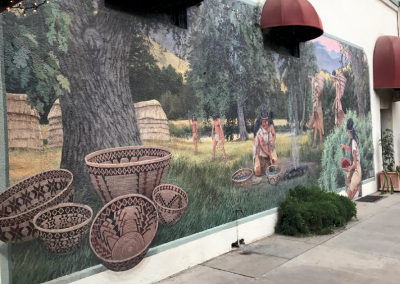 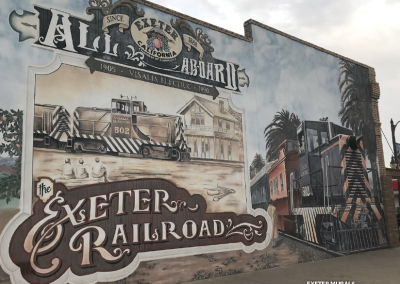 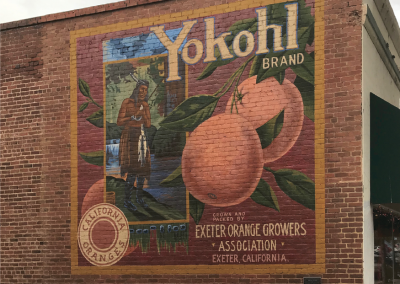 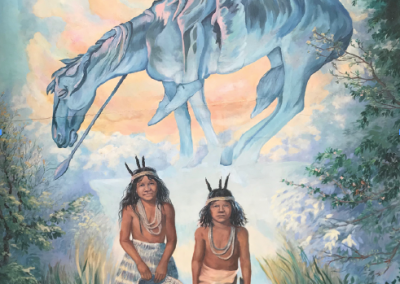 Arts Consortium – Host of the free Taste the Arts festival that takes place every October. This group brings together artists, organizations and enthusiasts to advocate, promote and provide opportunities to create and celebrate the arts for all Tulare County residents and visitors. 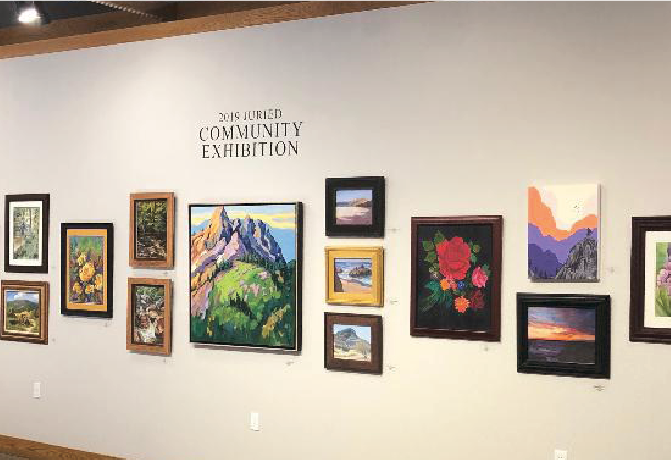 The Arts Visalia Gallery is a great opportunity to find a memento of your visit. 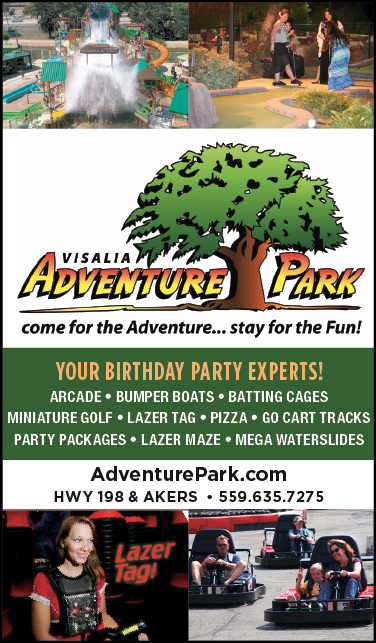 Porterville’s museum houses some of the areas finest examples of Yokut and American Indian artifacts.

Porterville Historical Museum – Housed in the old Southern Pacific depot, the museum is an historic walk through time, containing some of the region’s finest examples of Yokuts and other American Indian artifacts. The collection includes items used by the first settlers to the region, with photos taken over the past 100 years. Decorative arts and crafts include china, dolls and quilts. A large oil painting of a stagecoach by a Porterville High School student dominates the main room.

Exeter Historical Museum – Showcasing everything from sports figures to outlaws, this interactive museum at the corner of Pine and B streets is a big draw for history buffs. Flat-screen televisions showcase historic photographs and videos of people, places and events in Exeter, Lemon Cove, Yokohl Valley and Mineral King. Volunteers host public tours every weekend. The museum is also home to the Courthouse Gallery of the Arts, featuring artists from throughout California. Exhibits change every three months.

Lindsay Museum and Gallery – This venue is dedicated to the collection, preservation and interpretation of Lindsay’s rich cultural arts and history, and to promote local talent. View its Facebook or Twitter pages to see current and upcoming exhibits and events.

Tulare Historical Museum – Established in 1985, this museum preserves    the rich heritage of the city of Tulare and its residents. Beautifully crafted exhibits tell the story of Yokuts Indians, Tulare pioneers, Olympic champions, renowned aviators, military heroes and other notables. The Military History Wing and Manuel Toledo Military Collections feature one of the most comprehensive collections in the Central Valley. The Heritage Art Gallery showcases an array of rotating exhibits from local artists. The Tom Hennion Archives Center is available for research. The museum gift shop offers items featuring Tulare and the San Joaquin Valley.

Tulare County Museum – Nestled in the oak preserve at Mooney Grove Park in Visalia, the museum houses one of the largest Native American basket collections in California, as well as artifacts from the pioneer era, agricultural equipment and other treasures that tell the story of the county. The newest addition is the Farm Labor and Agriculture Museum, which recognizes the contributions of the county’s diverse cultural groups to the agriculture industry.

Antique Farm Equipment Museum – This museum at the International Agri-Center pays tribute to past generations of California farmers and dairymen, showing the tools and technology they used to create a garden from a desert. Horse-drawn farm tools, fully restored antique tractors, steam-driven harvesters, old-fashioned milking machines, a collection  of barbed wire and homemaker’s tools are displayed. There is even a restored 1920s crop duster airplane. Self-guided tours are available.

Three Rivers Historical Museum – The Native American village is a permanent outdoor exhibit consisting of a summer home, winter home and acorn granary on a raised platform. Built by Johnny Sartuche, his father Eddie and brother Gary in 2011, the village is adjacent to historic bedrock mortars and pestles on the museum grounds. Inside, the museum displays Yokuts Indian artifacts, including a cradle, musical instruments, cooking implements and baskets.

Tule River Historical Museum – This museum houses the Murphy House, the first residence to be built in Springville, along with early farming, mining and logging equipment, photographs, diaries and early recordings. The Murphy House was disassembled and stored for years until a site was found for the museum. It was then put back together and appointed with authentic old-time furnishings. The Tule River Historical Society holds an open house the first Sunday in December, and visitors are treated to old-time craft demonstrations such as weaving, forging, Dutch oven cooking and guided tours. The museum is entered through the Rodeo Grounds south of Springville.

Depot Museum – In operation by the railroad from 1888-1978, Dinuba’s Southern Pacific depot was opened   as a museum in September 2000. Pictures, antiques, collectibles and stories weave the tale of the Alta District’s beginnings, culture and commerce. The museum is open by appointment; to visit, call (559) 591-2144.

ImagineU Children’s Museum – Explore the 15,000 square feet of self-guided, hands-on, indoor and outdoor exhibits in downtown Visalia. Every visit is sure to engage and expand young minds through fun and informative scientific, cultural and educational activities

The End of the Trail Statue – Sculpted by American-born artist James Earle Fraser, “The End of the Trail” has endured to become one of the most recognizable images in the United States. The piece was first created as a small bronze that won the John Wanamaker prize in 1898 at the American Artists Association exhibition in Paris. The notoriety earned Fraser a commission to build a monumental plaster version of the piece for the 1915 Panama-Pacific International Exposition in San Francisco.

After the exhibition, it was moved to Visalia’s Mooney Grove, where it resided for decades. Significant damage from the elements prompted its relocation in 1968 to Oklahoma City, Okla., where it was restored and placed on display at the National Cowboy & Western Heritage Museum. The city of Visalia received this bronze replica as a replacement. 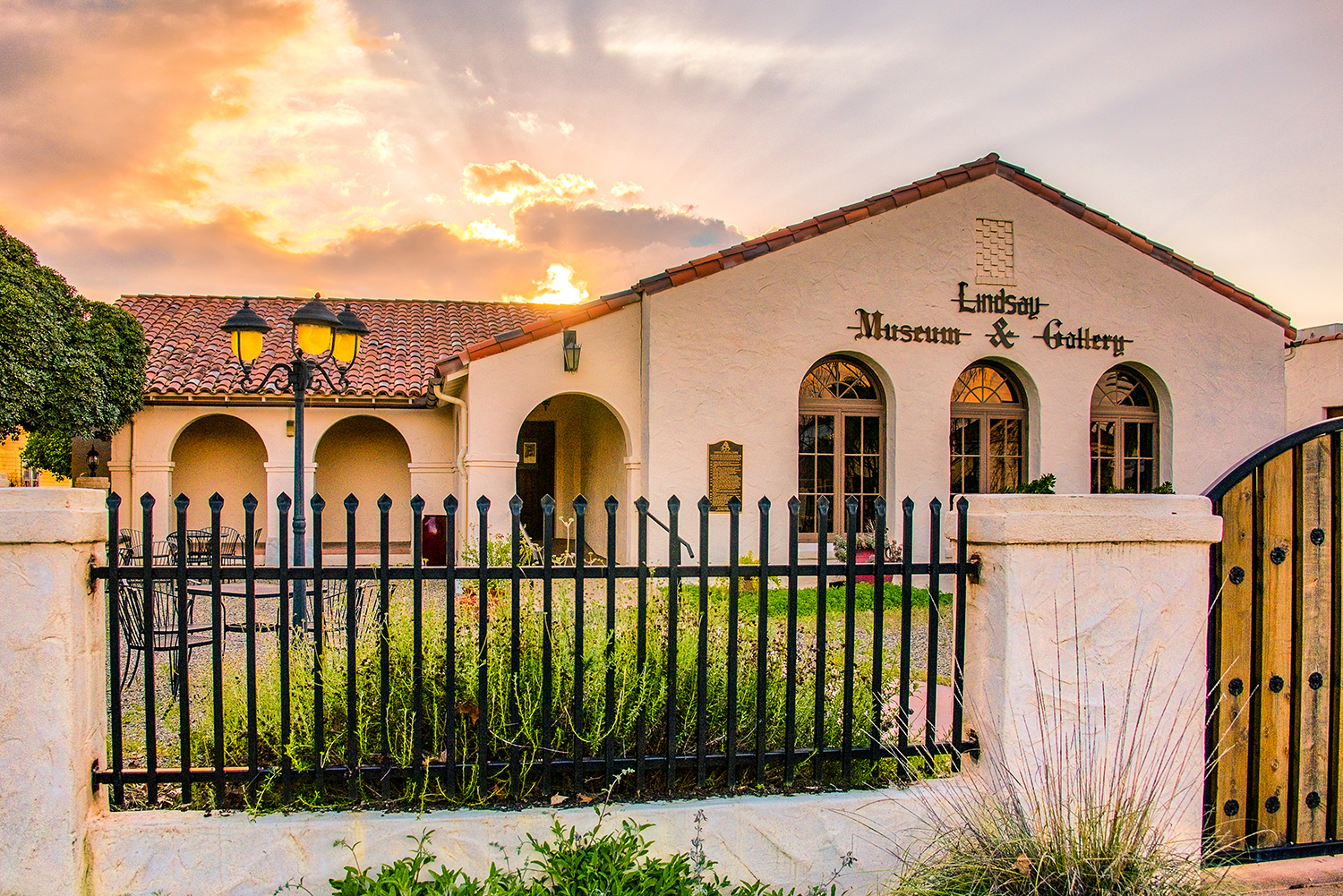 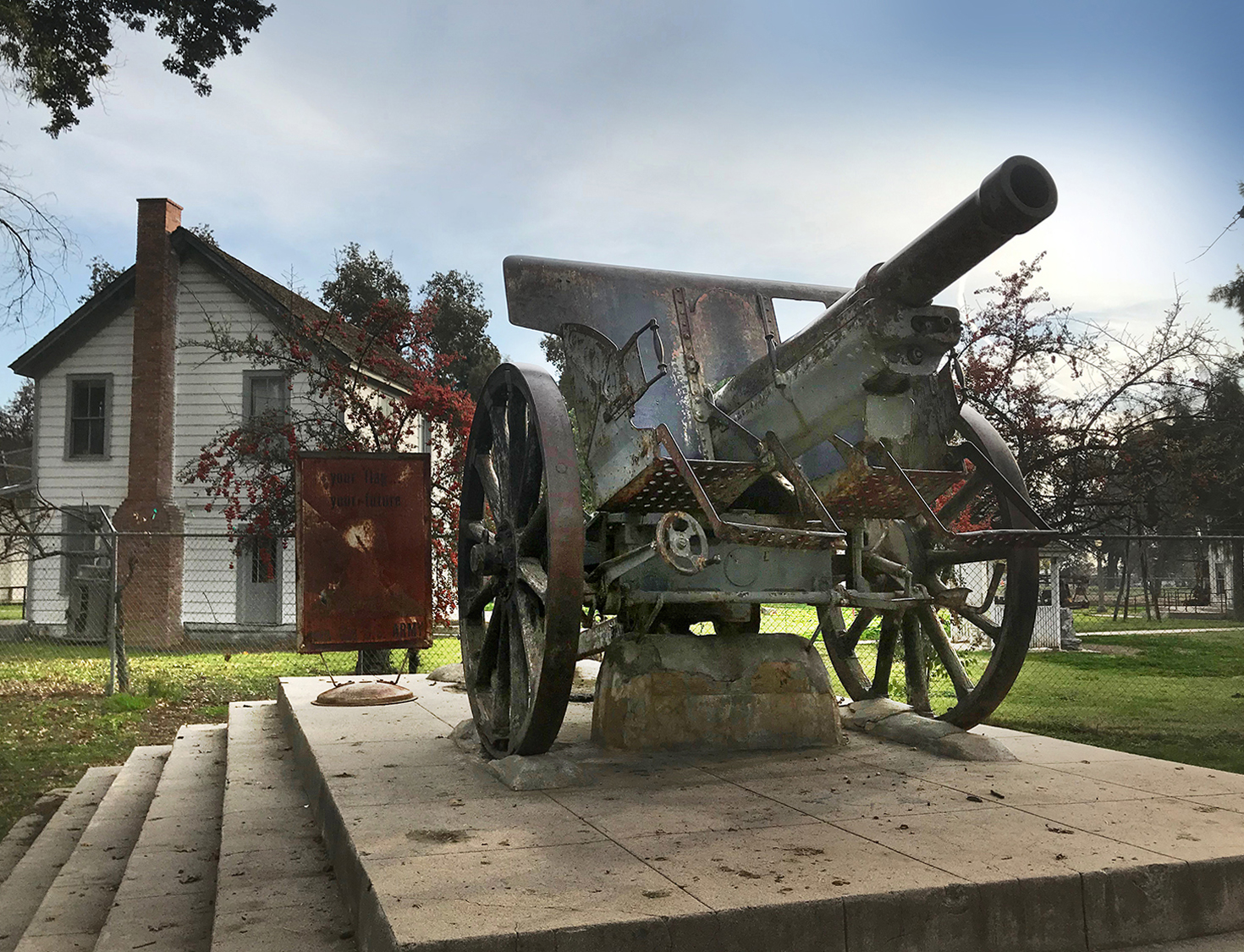 Fun Fact: When Major James D. Savage led a party of settlers to hold Tulare County’s first election under an oak tree in 1852, its territory included what is now Fresno, Kern, Inyo and Kings counties. 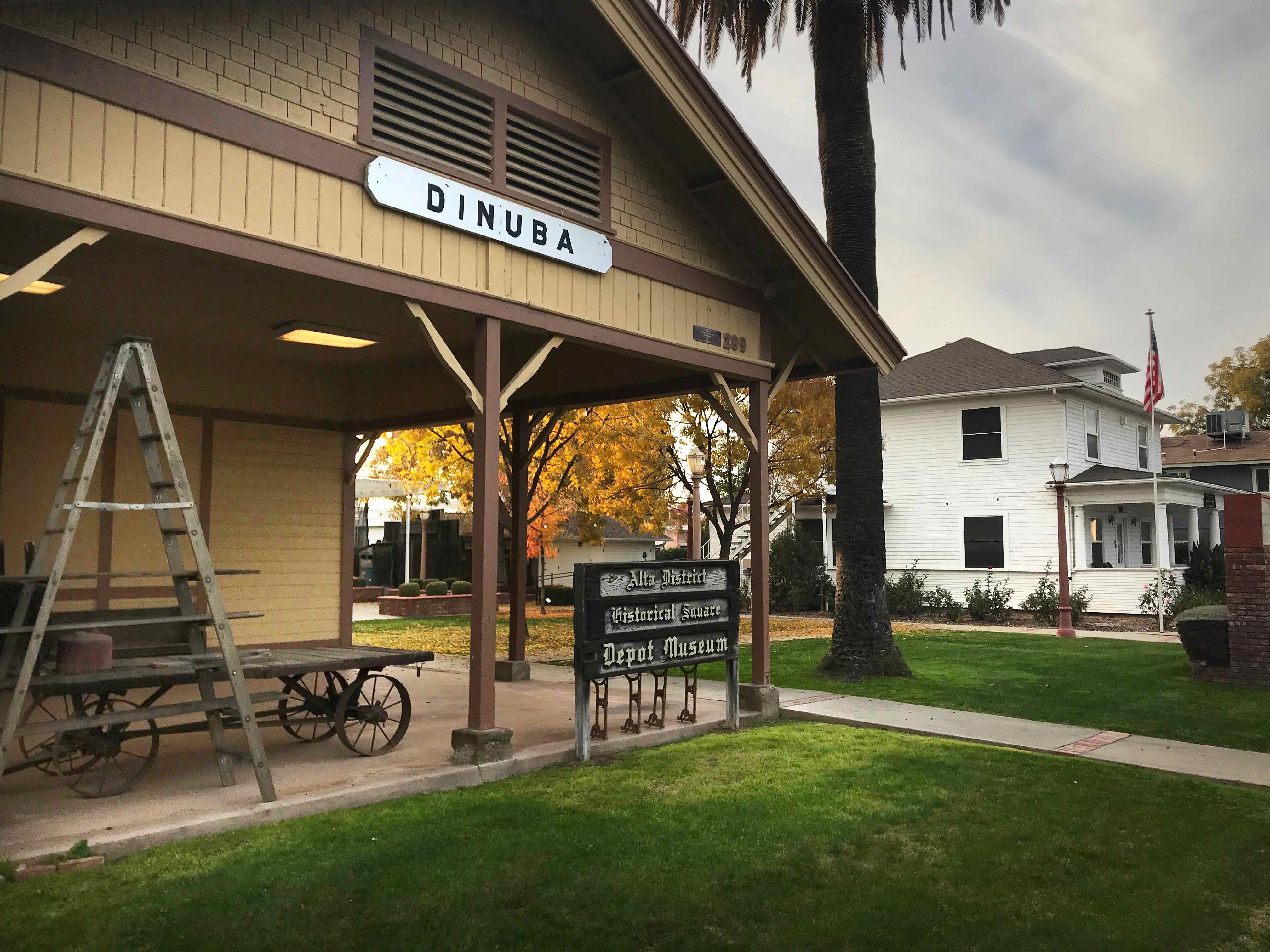 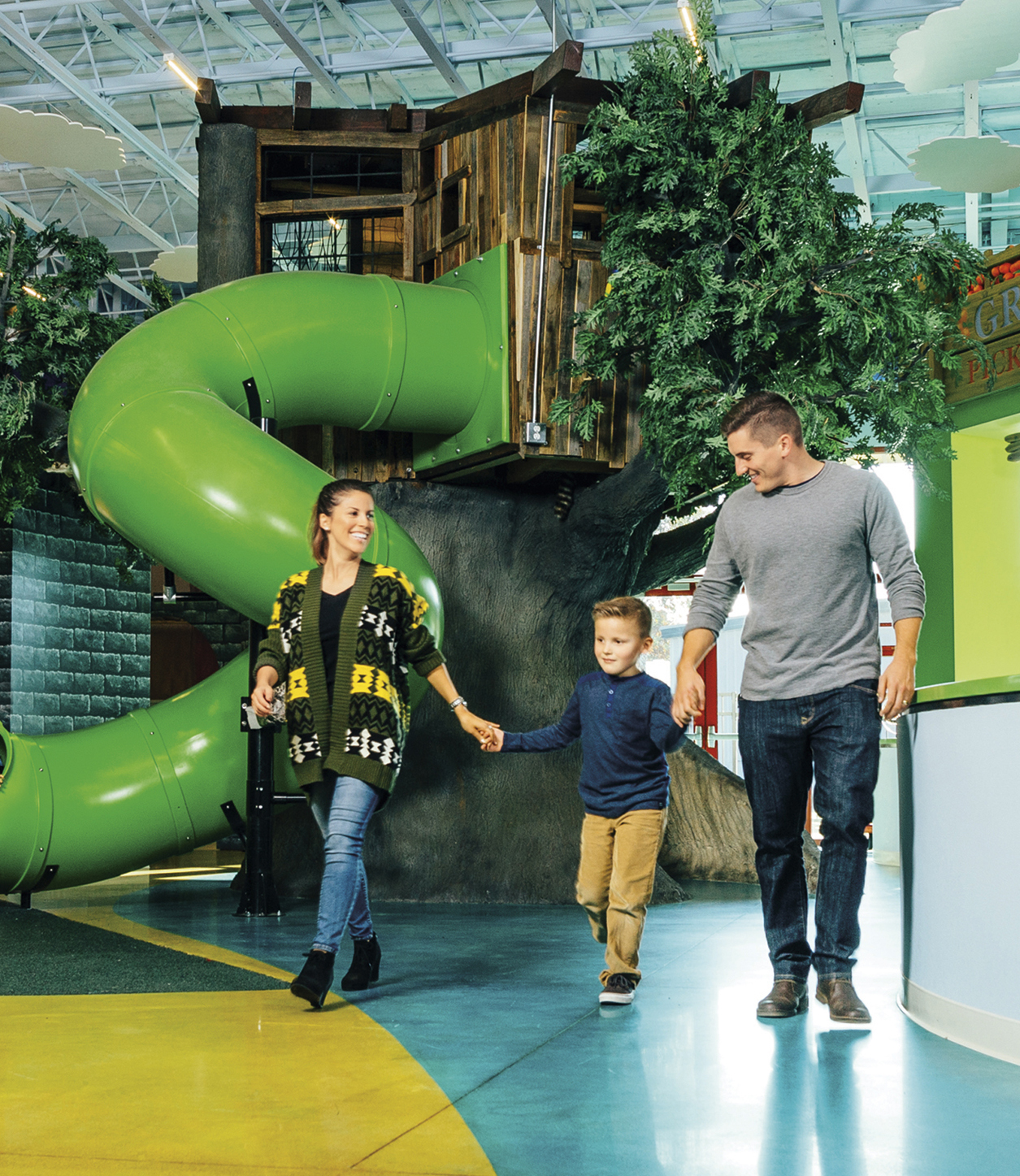 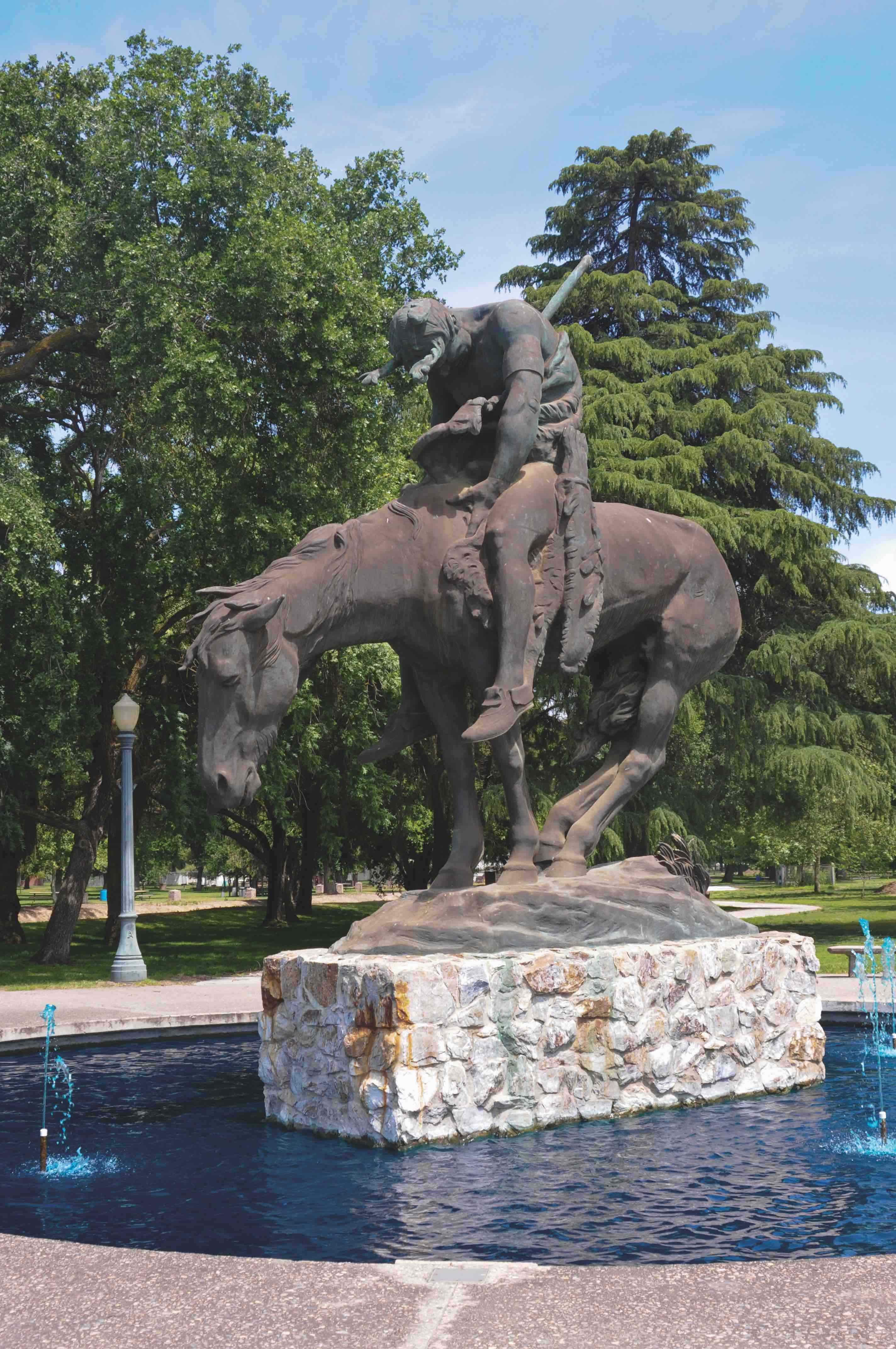 The End of the Trail Statue at Mooney Grove

Interested in learning more about the treasures in Tulare County?

There are dozens of intriguing places, including natural lands, farms, ranches, buildings, cultural and historic sites, and markers that are open to the public. Discover, explore and celebrate Tulare County’s unique and enduring legacy at TulareCountyTreasures.org.

20 Things to do with Kids in Tulare County:

1.  Paint on the walls at ImagineU Children’s Museum in Visalia.

2.  Taste a scoop of orange ice cream from Orange Works Café in Visalia or Strathmore.

4.  Go on the Exeter Mural Tour and find all the hidden objects in the murals.

5.  Learn about the Native American way of life in Tulare County at the Three Rivers Museum and Mooney Grove Museum.

6.  Watch candy being made at Stafford’s Chocolates in Porterville or Reimer’s in Three Rivers.

7.  Take a tour of a real working orange ranch at McKellar Family Farms.

9.  Climb to the top of the treehouse or see the petting zoo at Bravo Farms in Traver.

12.  Walk through the Woodlake Botanical Garden and Rose Garden.

14.  Climb the 50-foot rock wall or indoor surf on the amazing FlowRider® at McDermont Field House in Lindsay.

15.  Visit the CleVR Escape in Tulare with Escape Rooms and a Virtual Reality Arcade where you can experience strange worlds, solve mysteries and save the world.

16.  See ice cream being made at Rosa Brothers Creamery in Tulare.

18.  Bowl at Orbit Lanes; play soccer, basketball or swing away at the batting cages, all indoors at the Dinuba Indoor Sports Complex.

Don’t miss out! Check out the calendar of events and festivals for more fun and family-friendly things to do.

Col. Charles Young was the first African-American superintendent of a national park.

In 1903, West Point graduate Col. Charles Young received orders to take his troops to Sequoia National Park for the summer.

At that time, the park was 13 years old but, because of a lack of congressional funding, still lacked an adequate wagon road to the Giant Forest. The U. S. Army had begun work on an access road in the summer of 1900, but in three summers, barely 5 miles of road had been constructed.

Young poured his considerable energies into the project and by mid-August, wagons were entering the mountain-top forest for the first time. Still not satisfied, Young kept his crews working until the road was extended to the base of Moro Rock.

During that summer, Young and his troops built as much road as had been completed in the three previous summers. The energy and dignity he brought to his national park assignment, including serving as park superintendent, left a strong imprint. His roads, much improved in later times, are still in use today, having served millions of park visitors for more than 80 years. 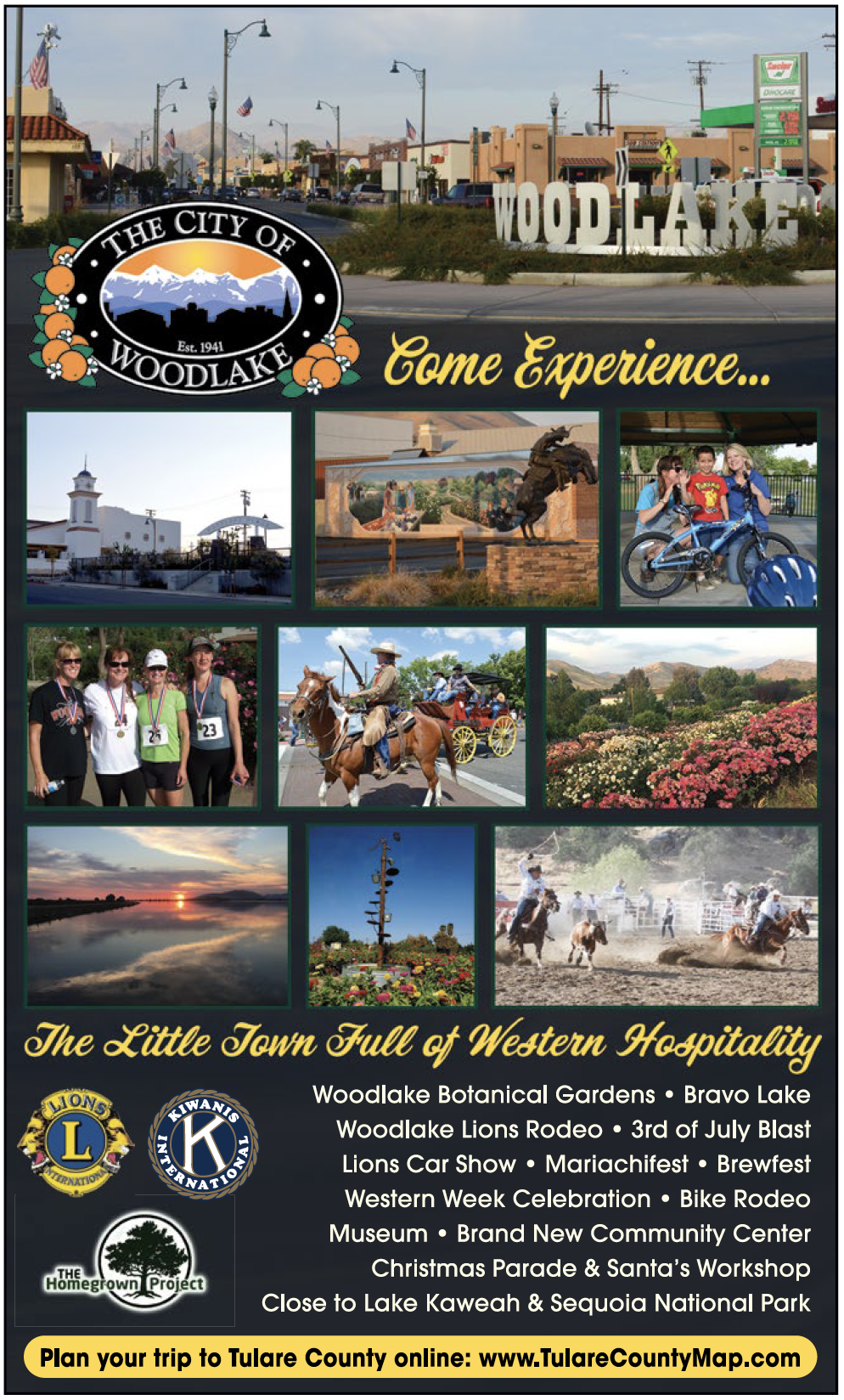 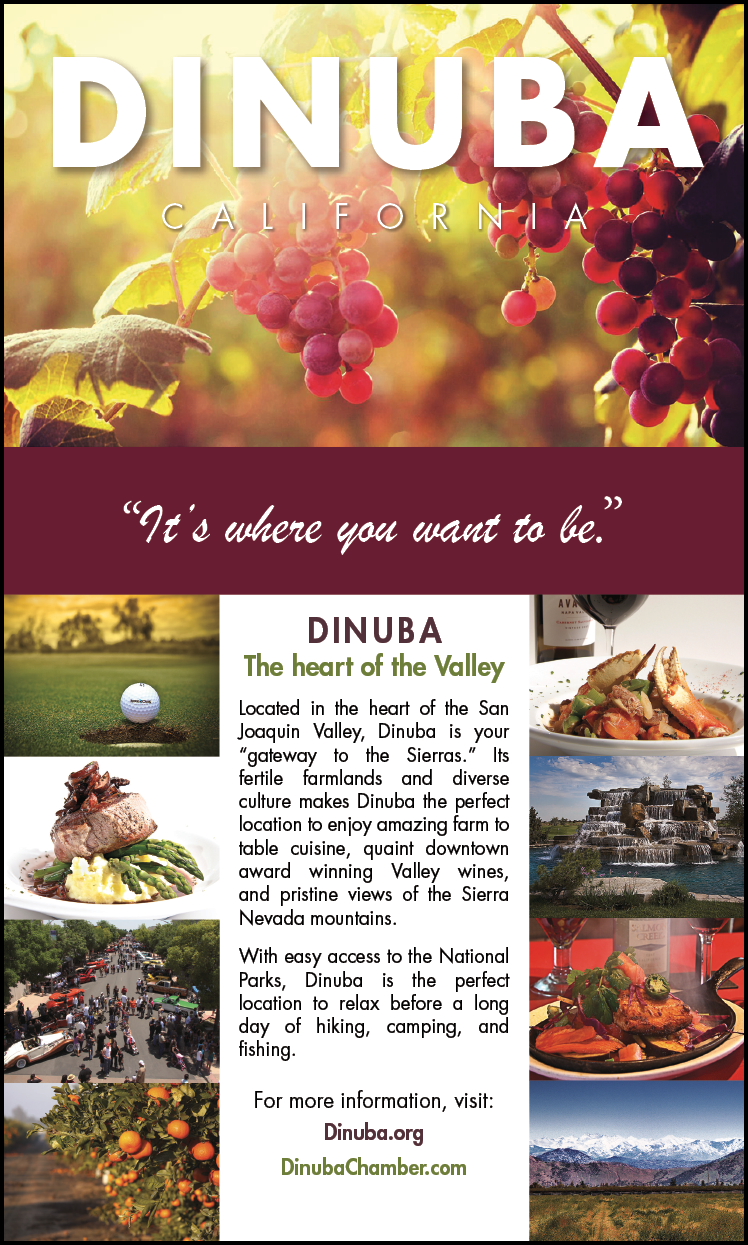 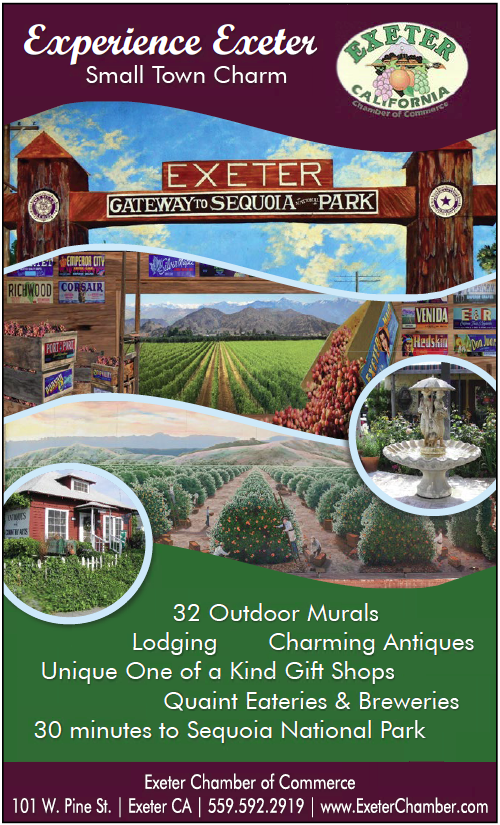 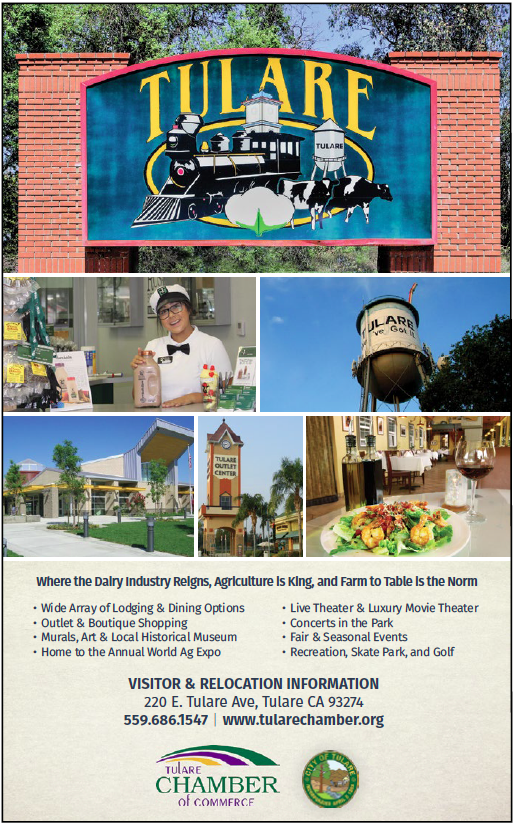 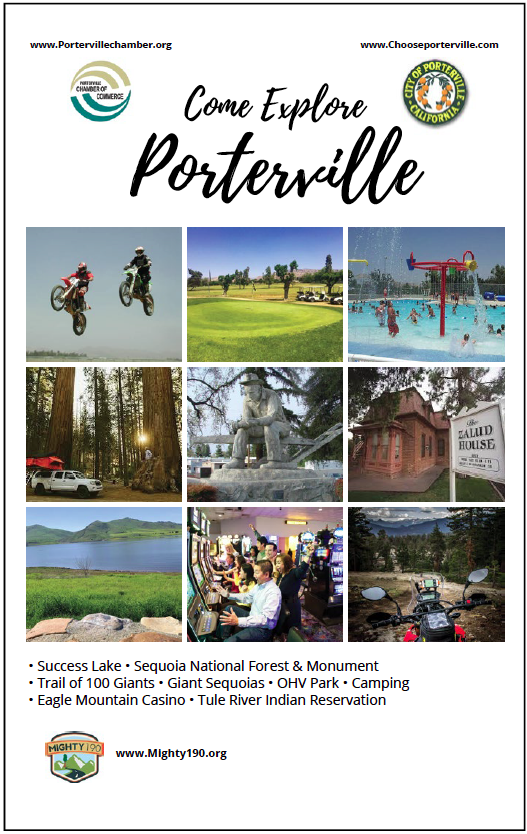