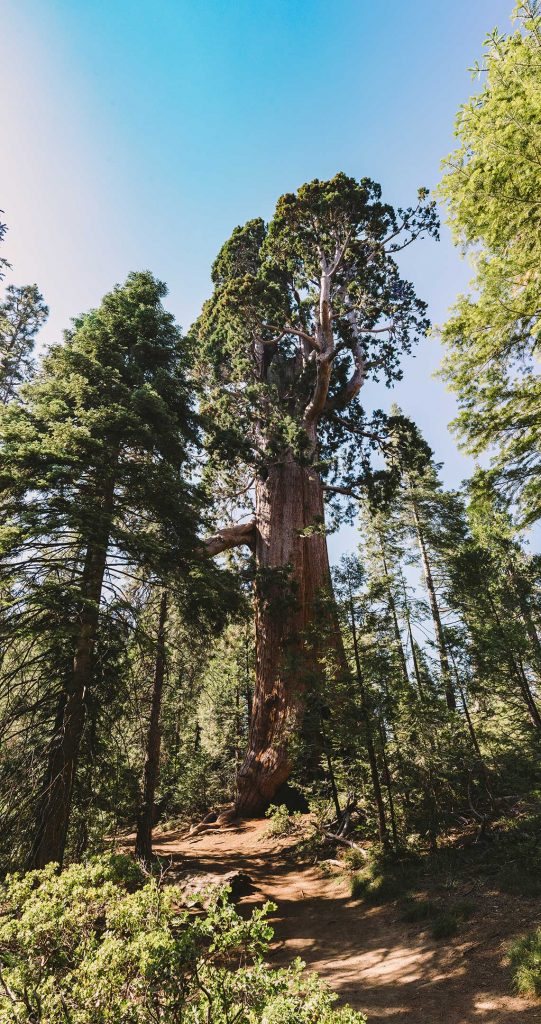 1. AGE: The oldest known giant sequoia is more than 3,200 years old. When the Roman Empire was at its height in 117 AC, this tree was already over a thousand years old.

3. BIGGEST: The General Sherman tree in Sequoia National Park is the world’s largest living thing by volume, with a height of 274.9 feet and a maximum diameter at the base of 36.5 feet.

4. RESILIENCE: Giant sequoias have an amazing resilience to forest fires because of the high tannin levels in their bark. In some of Tulare County’s historic homes, mulched redwood bark was used as attic insulation because of its fire-retardant qualities.

6. GROWING CONDITIONS: Requiring a specific soil type and climate, they are unique to the 260-mile strip on the western slope of the Sierra Nevada mountains between 5,000 and 7,000 feet.

7. HOW FAST: The average growth is about two feet a year until they mature; however, this can vary greatly depending on environmental factors.

8. REPRODUCTION: A giant sequoia produces 60 million seeds in its lifetime, but only 3 or 4 of those seeds will grow to be 100-year-old trees.

9. SEEDS: The seeds, which are almost pure tannin, are flat like a grain of oatmeal, and only about 1/8 inch in diameter. 90,000 giant sequoia seeds only weigh about 1 lb. An individual seed can float hundreds of feet from the trunk.

10. CONES: Cones may stay on the tree for up to 21 years. Douglas squirrels eat the cone, not the seeds. This is one way the seeds are dispersed.